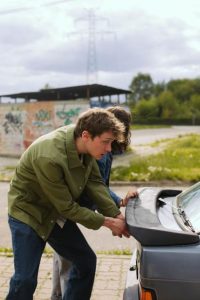 The FBI studies how crime trends change and the way national factors seem to be affecting them. They’ve noticed that it’s as if we’ve had an explosion in auto theft over the last 12 months.

Auto theft had been in decline since the 70s, all the way up to 2019. That’s when things turned around and started to accelerate in a bad way. An 11.8% increase is the largest YOY gain ever measured by the Agency.

Nearly $8 billion is taken from automobile owners each year as a result of stolen cars. That averages out to almost $9,000 per car if you divide it by the total dollar value lost.

It would take an hourly employee nearly 3 months to earn that much if they made $20 an hour. That’s a ton of money for someone to lose in just a few minutes.

Let’s zoom out and take a look at the whole country’s stats to see how things appear. At that level of perspective, it’s hard to tell how many cars get stolen since it happens so often.

The globe would light up like a Christmas tree if you could see a light on it each time a car is stolen. It happens often enough that a new one would turn on every 36 seconds, around the clock.

Nowhere had more thefts per capita than the City of Bakersfield in southern Cali. That’s over 700 incidents for every 100,000 people living in the area.

In other words, you’d have nearly twice the odds of having a car stolen there compared to most cities. Definitely pay attention to where you’re parking if you’re taking a brief tour of the city. It’s still one of California’s most beautiful vistas when it’s the right time of year, complete with striking sunsets.

We saw an increase in auth theft of almost $2 billion since 2018. That year, the authorities noted a record-breaking 6$ billion in theft across the US.

Auto theft has only broken more records since that time. Just last year, there was more than $8 billion in theft. That’s a 25% increase in fewer than 3 years, even faster than our outrageous inflation.

Most auto theft doesn’t seem to show up if you’re watching the police scanners. That’s because the majority of cases go unreported for various reasons. Many people feel like it’s not worth the time once they’ve discovered someone has stolen their car.

Reporting a theft also doesn’t guarantee you’ll see much of a difference. Simply letting someone take the car is often simpler if you’ve paid for full-coverage. Most of the time, they’ve got to pay you whatever it costs to replace the car if it’s stolen, and you have full coverage.

7. 19.3% of California’s Thefts Occur in the San Francisco Bay Area

Looking at California’s stats elucidates a lot of what’s made it so controversial. Many of their cities don’t seem to struggle with a ton of auth theft, especially during the winter.

However, you don’t have to search long before seeing how concentrated their crime is. Nearly a fifth of the state’s auto theft occurred in the San Francisco Bay Area last year, alone. That’s way more concentrated than most parts of the country, lending it a damp, dangerous vibe.

We’ve taken a stance against the recent increase in auto theft, even though it’s intriguing. We’ve never seen an increase in crime this fast in the entire history of the country.

The number of cars stolen each year actually looks like it might be growing at an exponential rate. That means it’s going to really take off if it doesn’t start to slow down it rate of growth soon.

Colorado sits right around the middle of the pack when it comes to auto theft rates. They’ve had worse years than what they had last year. But, there were still more than 500 cases for every 100,000 residents in the state.

You’d have to be crazy if you saw numbers like that and didn’t double-check whether the car was locked. Always pay attention to where you’re at if you’re traveling through the state, on the way to the Rockies. Many of the worst areas in terms of car theft happen to be on route to tourist attractions.